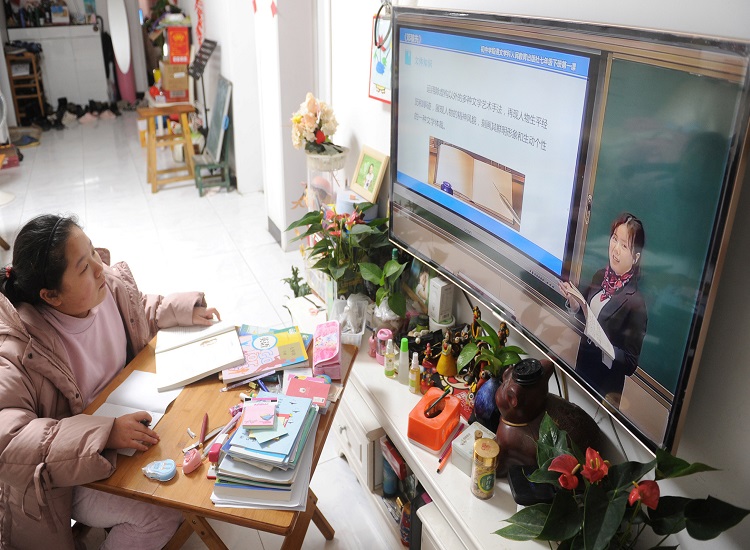 A forum for new thinking in Education

National Party leader Don Brash in a speech on ‘big government’ and government spending to the combined Hutt Valley Rotary Clubs on 7 October.

“It’s about time the Government acknowledged the huge contribution parents and communities make by giving them more say in how schools are run.”

“The reality is, the government funds only part of the cost of running schools in even the poorest areas. Under this Government, every family is paying for ‘free’ education.”

A recent study has found that the number of Canadian private tutoring centres grew by 60 percent between 1996 and 2000. In Toronto alone, the number of learning centres climbed to 74 from 10, the Toronto Star has reported.

Researchers have found that 24 percent of Ontario parents with school-aged children employ tutors, while 50 percent of parents in a national survey said they would hire a private tutor for their children if they could afford one, the Star said.

The programme provided more than 125,000 poor children with vouchers that covered half the cost of private secondary school. The vouchers were renewable annually, conditional on adequate academic progress.

A report by leading education researcher Eric Hanushek argues that income contingent loans, need-based aid and merit-based aid can to improve the efficiency of the economy and give more intergenerational mobility and greater income equality.

NCPA – a big fan of vouchers:

The US National Center for Policy Analysis recently published these three snippets in support of vouchers:

According to the National Center for Education Statistics, per-pupil spending at religious and independent schools averages US$4,600, versus US$6,857 at public schools. A 2003 Yankee Institute study found that if public education was delivered with private efficiency, there would be no state budget crisis.
Brian Gottlob, a New Hampshire economist, says school choice would save New Hampshire US$50 million over the next seven years.

With 1,000,000 students, the New York City public school system has a central office staff of 6,000. The Archdiocese of New York has 200,000 students and a staff of about 35, says David W. Kirkpatrick from the US Freedom Foundation in a recent article.

Malaysia looking to speed up approval for private courses:

Faster approval of courses offered by private education institutions will be followed by strict surveillance, the Malaysian Star has reported Higher Education Ministry secretary-general Datuk Dr Mohd Yahya Nordin was quoted saying that although the approval process had been shortened recently to three months, the Cabinet feels that this is too long.

A large number of conferences papers from the 13th Australian VET Research Conference is now available online. Topics include innovation in VET, equity, literacy and numeracy, recognition of prior learning, employability skills, and professional development for VET educators.

A growing number of US education authorities are launching publicity campaigns to try and stop the flight of students to charter and private schools, the Times Education Supplement has reported. Philadelphia, for example, has recently announced a US$600,000 media campaign that includes television advertising, following a drop of 16,000 in state pupil numbers in the past three years.

An authority in Colorado has recently placed 20 30-second prime-time ads at a cost of US$16,000 to counter private school advertising and an Arizona authority has also announced plans for a three-year marketing campaign.

Swedish private schools on the rise:

The number of pupils at Stockholm’s private schools has doubled in the past four years, the Times Education Supplement has reported. All Swedish pupils are eligible for vouchers to attend private schools. The government ended the state education monopoly a decade ago.

The increase in number has developed an entrepreneurial spirit in schools, the TES reports, as they compete to attract students. State schools are also revamping their programmes to compete.

Paper looks at US women’s response to school choice:

A new paper looks at US women’s interest in education reform and considers and responds to the criticisms made by women’s groups to many school choice proposals.

The Independent Women’s Forum paper concludes that women are better served by education policies that give parents control over where their children go to school and that women’s groups support school choice.

A paper reviewing the literature on institutions and exploring the ways in which institutions can influence economic growth, with a particular focus on how institutions affect the use that firms make of human capital to improve their productivity.
A paper reviewing the literature on skills utilised by firms, the mechanisms by which skills contribute to firm productivity, and how skills are acquired and which identifies potential policy implications relating to work-based skills training.

Three of Australia’s largest childcare companies have announced plans to form a conglomerate owning or managing more than 700 centres.

ABC Learning Centres will merge with Peppercorn Management and Child Care Centres Australia (CCCA). The merger will mean about 15 percent of all Australian long-day care centres owned or managed by the new entity. Peppercorn looks after the day-to-day running of listed New Zealand childcare firm Kidicorp. CCCA owns 5.5 percent of Kidicorp, the AAP has reported.

ABC originally envisaged raising $300 million to fund the $340 million takeover but market sources said there had been such a good reaction to the offering that the company had decided to raise a further $100 million to help fund the acquisition of 200 more centres, The Australian has reported.